Here’s a great article from the Wall Street Journal about the complexities of measuring and trading in bushels. We all use the term frequently when describing grain bin capacities, but when using the term to trade large quantities or set commodity prices, the actual calculations become quite involved and the quantity traded can become pretty ‘abstract’ as described in the article below. 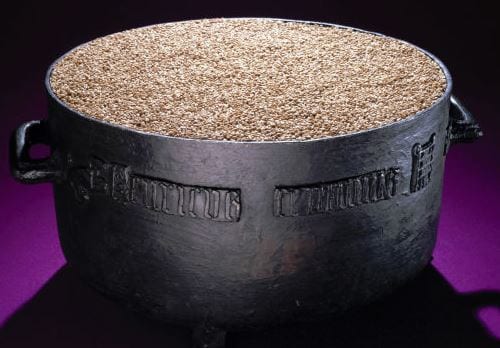 Picture of a bushel of soybeans

Prices of agricultural commodities are quoted that way, even though many have never actually come across the baskets; ‘kind of an abstract amount’

Soybean prices have long been quoted in bushels at the Chicago Board of Trade.

Trade tensions between the U.S. and China this year have caused gyrations in soybean prices, which recently climbed above $9 a bushel. They also have people buried in soybean math.

Prices of agricultural commodities have for decades been quoted in bushels at the Chicago Board of Trade, yet many traders and farmers have never actually come across soybeans in the quaint wooden basket that has existed for centuries.

“Most people haven’t seen a bushel basket—I never have,” said Anthony Stinton, a soybean meal trader in Greeley, Colo. Scrawled on a yellow sticky note on his computer is a formula he punches into a calculator multiple times a day to convert metric tons of soybeans grown in Brazil into their American bushel equivalent. “It’s kind of an abstract amount,” Mr. Stinton said.

A bushel of soybeans is roughly enough dry beans to fill eight gallons or 2,150.42 cubic inches of space, the capacity of a traditional bushel basket. That is the equivalent of 60 pounds of soybeans. In the Bible, bushels were used as containers for grains, seeds, and flour. At farm stands and markets, bushels can be found filled with apples, crabs, and raw vegetables. The phrase “a bushel and a peck” is fairly well-known thanks to a popular “Guys and Dolls” song. (A peck is a quarter of a bushel or eight quarts.) 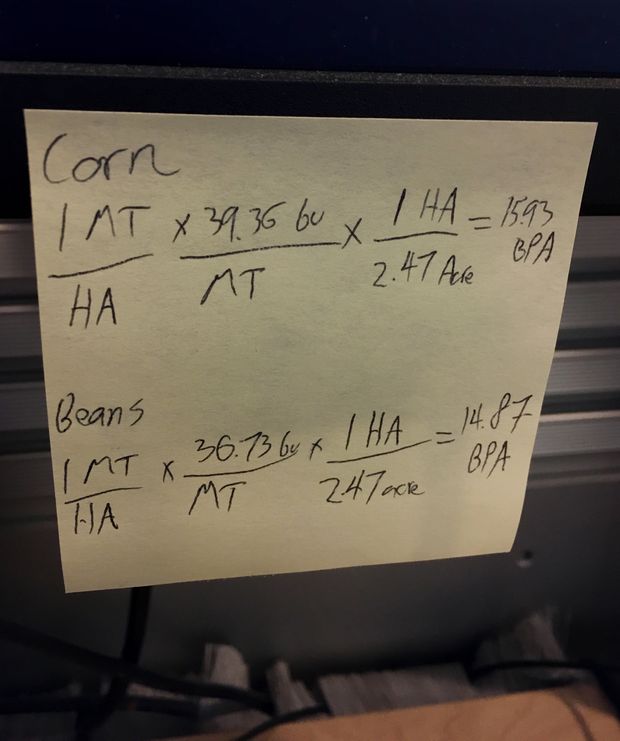 In the commodities world, they are a mathematical headache. Ariel Haendler, global head of soybean trading at Chinese state-owned trading giant Cofco International, said he always carries a calculator when he attends strategy discussions with colleagues and uses it to convert metric weights into bushels. (1 metric ton of soybeans = 36.74 bushels.)

During those meetings, there is “always a 10-second break when we make these big calculations on these calculators going back and forth like we’re in the fourth grade,” said the Swiss-based American trader. Even though Mr. Haendler has the formula memorized, getting the numbers wrong could be potentially costly, he added.

To help market participants with their math, CME Group Inc., which operates the Chicago Board of Trade, has a 44-page pocket guide that includes scores of weight-conversion tables for a range of commodities.

On the Scott family farm in Delphi, Ind., there isn’t a bushel to be found. “It’s just an idea in our head,” says Brian Scott, who grows soybeans with his father and grandfather along with corn and wheat. “We think in bushels but they don’t measure in bushels,” he said. 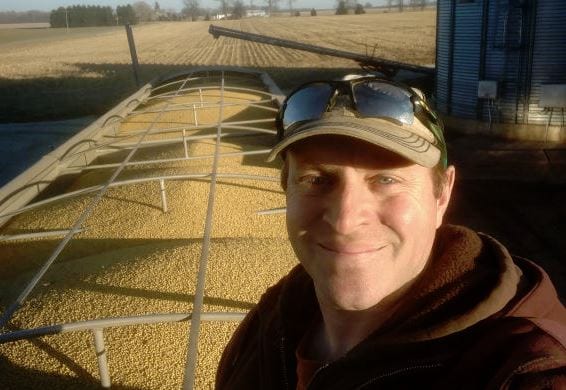 Instead, trucks are filled to the brim with commodities and sent to a depot to be weighed before the produce is sold to trading firms. ”When you deliver, they measure in pounds,” Mr. Scott said, noting they give a receipt with a bushel measurement too. One truckload of beans weighs roughly 1,000 bushels, he says.

America remains an outlier holding on to the old imperial, or U.S. customary system, of pounds and acres when the rest of the world has largely shifted to the metric system of kilograms and hectares. Other countries that use the imperial system include Liberia and Myanmar. In addition to bushels, the U.S. also uses pecks and lugs, which are wooden boxes of no standard size.

Traders say the challenge with bushels is that they are a measurement of volume, so the weight of whatever is in it varies depending on the commodity. While soybeans and wheat weigh roughly the same, corn is slightly lighter.

“If I take the price of Chicago wheat and I want to know what it means for the rest of the world, I multiply it by 36.7437,” said Chris Bird, a senior global wheat trader at Engelhart Commodities Trading Partners, without missing a beat. As he has to do the conversion 20 or 30 times a day, “I have it set up on my screen to do it but honestly, I could almost do it in my head,” he added.

There’s also confusion between Canadian and U.S. bushels, which have different capacities. The latter is also known as the Winchester bushel—named after a British town—first mentioned in law in the 17th century and was defined as a barrel that is 18-1/2 inches wide and 8 inches deep. The measurement was abolished by the English in 1835, a year before the U.S. Department of Treasury adopted it as a unit of measure. 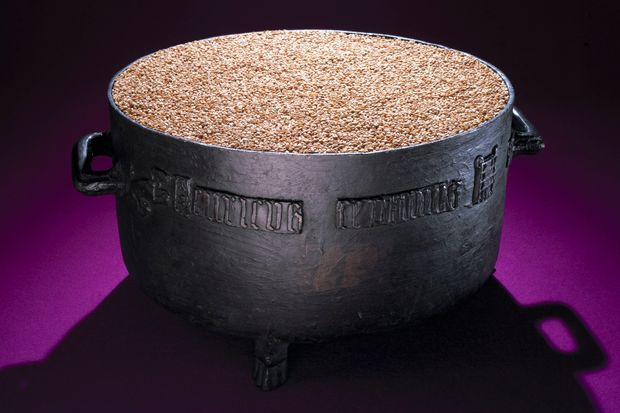 picture of a bushel

FarmLead, a Canadian-based online marketplace for soybeans, wheat, and other commodities trades, has a calculator on its website for customers to convert pounds, tons, or other measures to American bushels. The soybeans currently for sale on its site are stored in a flat bottom bin.

Before deals are done, people often need to “scribble out their math” or “double-check the conversion” to make sure buyers and sellers are talking about the same amounts, said Alain Goubau, the company’s chief operating and financial officer. At the end of the day, traders have little choice but to hew to the American system, he said, adding: “It comes down to—do you want to be right or do you want to do business?”

Brian Rohrig’s hog farm outside Des Moines, Iowa, sometimes uses physical bushels made of aluminum to measure soybean meal before it is mixed into feed for the pigs.

The bushel baskets are a decent volume gauge, said Mr. Rohrig, but there’s one downside: they are much heavier than a five-gallon pail. The machine his farm uses to mix animal feed now has its own weighing scale, so there is less need for the bushels, he added. 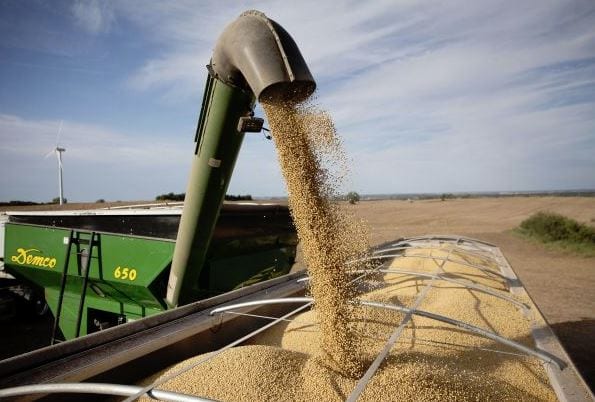 Soybeans were unloaded onto a truck in Illinois. Photo: Daniel Acker/Bloomberg News