The cattle guards that Barn World carries cannot be ‘fired’ like a traditional employee because they’re not people! However, according to some popular internet search results, politicians have learned about a large number of cattle guards and have thought differently!

The ‘firing’ of cattle guards is a spoof that’s been around for many years and is one of the top organic search results for cattle guards today even though it’s not based in truth.   Here is a recap by Harvey Johnston posted May 14, 2011, on www.reporternews.com that sums up the cattle guard story quite nicely:

There’s no telling when the story had its genesis.  Most everyone says they’ve heard the story before. It seems that in light of the president’s visit to El Paso this week, the story of retraining some fired “cattle guards” to be border guards has re-entered the lore of our land.

The earliest mention of the plan has been traced back to the mid-’50s, according to one website.  Most reports credit a government study revealing more than 100,000 cattle guards in Colorado. A national bureaucrat decided this was too many and ordered that half of them be fired.  A Colorado congressional bureaucrat entered the discussion suggesting they be “retrained” as border guards.

Now even city folks ’round here know the practical side of “cattle guards.” Also called vehicle pass, Texas gates, and stock gaps, generally, they are horizontal steel rails placed at fence openings on roadways to prevent cattle from crossing. For some reason, bovines will not step on the guards, apparently because they fear getting their feet caught between rails.

That itself is a questionable theory.

However, retraining “cattle guards” as border guards seemed to make sense to some bureaucrats. There was even some discussion as to what color their uniforms would be.  The joke traces back to the second Bush administration. 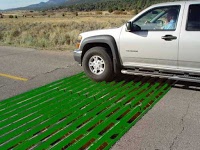 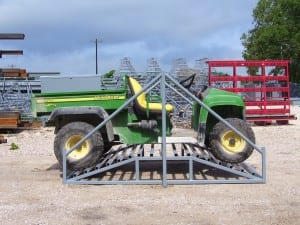